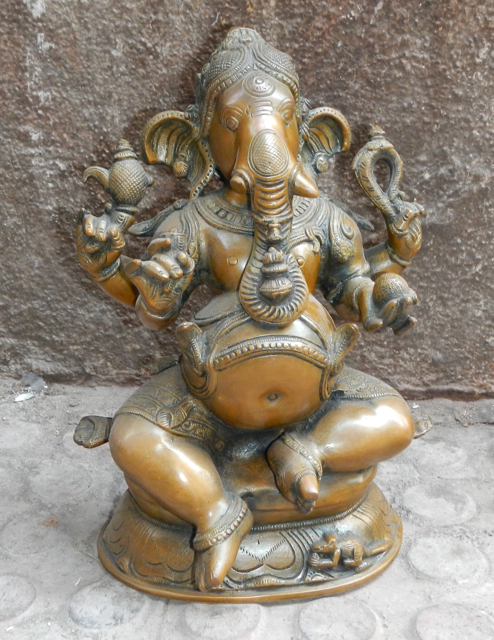 At last I got to see Naana again. His white uniform was like an oasis in the desert. Seeing him meant that everything would once again be okay. First he picked me up, then we picked Joan up, and together we Rickshawed across town to meet Sandeep – the man who sells Vedic statues.

Vedic statues (Murtis) are one of my favorite things about the Hindu Religion. As a Jew, I’ve been conditioned against worshiping idols; but when it comes to Murtis, I don’t so much worship as admire.

Sandeep is a much-beloved man in the Iyengar community. He has designed and donated many if not all of the statues which adorn the Institute. He has a store filled with recognizable statues, intended mostly for tourists. And he has a warehouse, which is down an unsuspecting alley, that houses “all the really good stuff.” That’s where the locals go. That’s where we went.

I had no idea what I wanted, and no idea what to look for in a Murti. I think I know what I like, but I really don’t. This is a totally new art-form for me to ponder and there are some levels of expertise required to know how old something is, how refined the lines, and how valuable. India is not a country of marked prices, so no matter what you end up paying, it always feels like too much. It’s a little like buying a car. If the dealer says yes, you could have paid less. Sandeep is a gentleman though, and he’d probably take back any purchases I wasn’t happy with. Of course that would mean traveling back across the planet with historical heirlooms that weigh as much as the maximum baggage allowance, so that’s not going to happen either. But it’s nice to do business with a man who stands behind his products 100%. 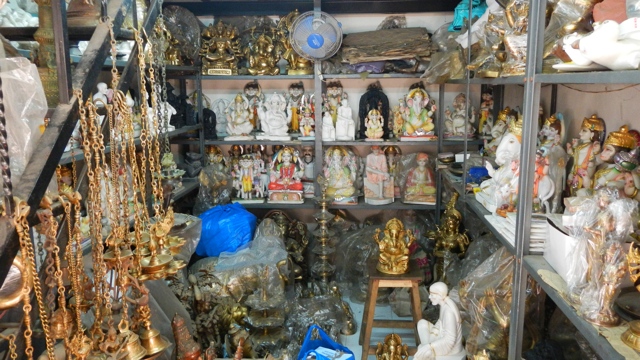 Joan knows what she likes and picks out some gems right away. I am first drawn to all the wrong things, and so Sandeep engages me in a brief interview to learn more about me. He then suggests we go sit outside, drink some chai, and he will bring the statues down to me so I can look at them, get to know them, and determine if I want to keep them. By the time I’m done, I’ve selected three rather large statues for me, and a small one for my daughter. The ones for me add up to 5 car payments and the one for my daughter would buy dinner for two at P.F. Chang’s before drinks, tax, and tip. I decide to sleep on the decision.

The thing about Murtis is that they are magical. Each is a depiction of a story from the Vedas (ancient texts — a little bit like the Torah — that lay the groundwork for Hinduism, Yoga and Eastern philosophy). These stories are magnificent and epic and grand; and they inform the fabric that belies this entire culture. So taking home a Murti isn’t just taking home a nicely designed piece of heavy metal. It is inviting legend and lore into your home. The right Murti in the right room, facing the right direction, in the right home, for the right person, at the right time, can change the course of history. These are the Gods and their stories powerful — whether you choose to believe in them or not. I don’t really care if they’re true: I simply love getting lost in them. The stories are magic and magic has no price tag. Excess baggage fees however, now that’s another story.

Sandeep was unconcerned with whether I purchased the Murtis or not. His father taught him that each statue has a right owner, and that when the right person comes, the statue will go home with that person. 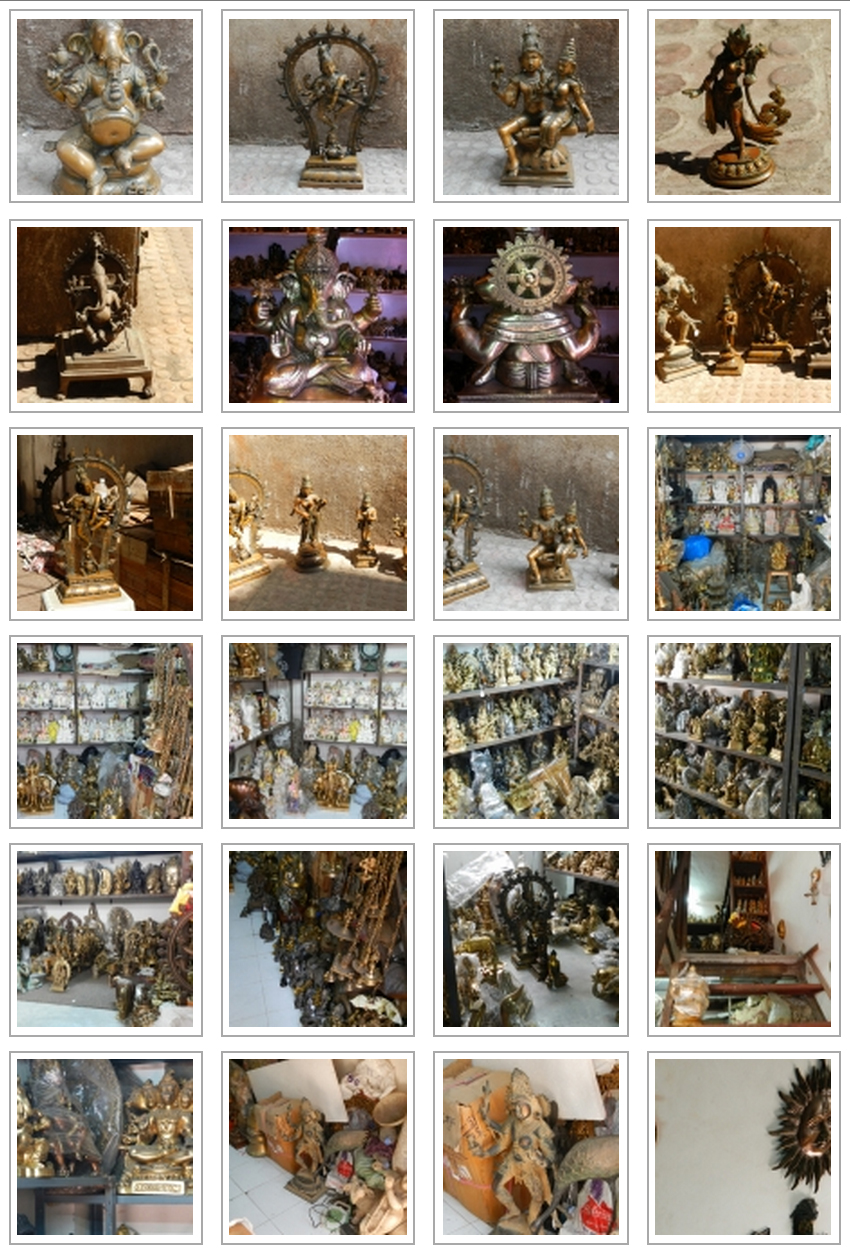