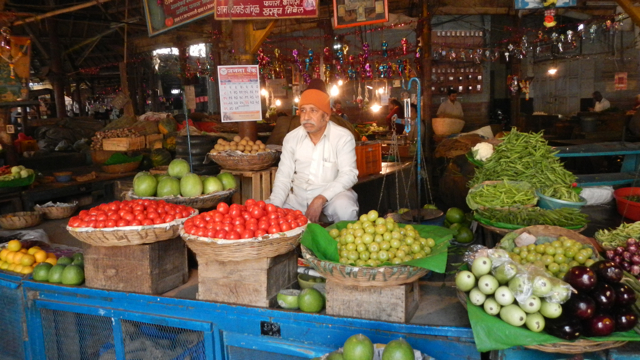 Joan and I went to the vegetable market for the sole purpose of taking photographs. Not only are the fruits and vegetables beautiful, but the people who sell them are marvelous to look at. I am continually blown away by the colors of India and the quality of the light. Hopefully it is adequately captured for you here. I could photograph Indian people 24 hours a day and not get bored. I don’t know what it is about their faces but I find them endlessly enthralling.

Most people in India seem to be vegetarians, and as a foreigner living in fear of unwanted stomach viruses, I adapted easily to the vegetarian lifestyle. (By the way, you should stay away from salads and other raw foods unless the come in a peel you don’t eat (like a banana) or you have the opportunity to wash them yourself, in filtered or bottled water. I ate salad at some of the nicer restaurants and was fine, but it was risky and probably not a great idea.)

I found it interesting that restaurants quickly identified themselves as “Veg” or “Non-Veg.” We don’t really have that in the States. Most restaurants serve meat as well as dishes without meat, and only those that are vegan, vegetarian, or gluten free really to out of their way to advertise as such. I have developed a gluten intolerance (probably due to my excess Pizza Karma) but somehow the Chapati in India didn’t bother me. It appears I have a worse reaction to bleached, enriched and processed flour. This is fortunate because I LOVE Chapati. That and the fact that Indian meals really need to be enjoyed with some kind of starch to soak up the sauces. I found it an interesting side note that the Indians do not eat rice with their meal. They eat it with Daal and they eat it separately — usually after the meal (I don’t know why this is) but not usually during.

Something I forgot to mention while talking about my Ayurveda Getaway was what I learned about placing food on the plate in preparation for eating it. Evidently they place what which you should eat first (dessert — and only at lunch) closest to you at approximately 6:00 on your plate. Then they start placing things in the order of importance for your diet beginning on the right side (assuming your right-handed) and moving counter clockwise in descending order of relevance to your dietary needs. The theory is to make the right foods more accessible and the less critical foods more discouraging to place on your fork. I thought this was brilliant. 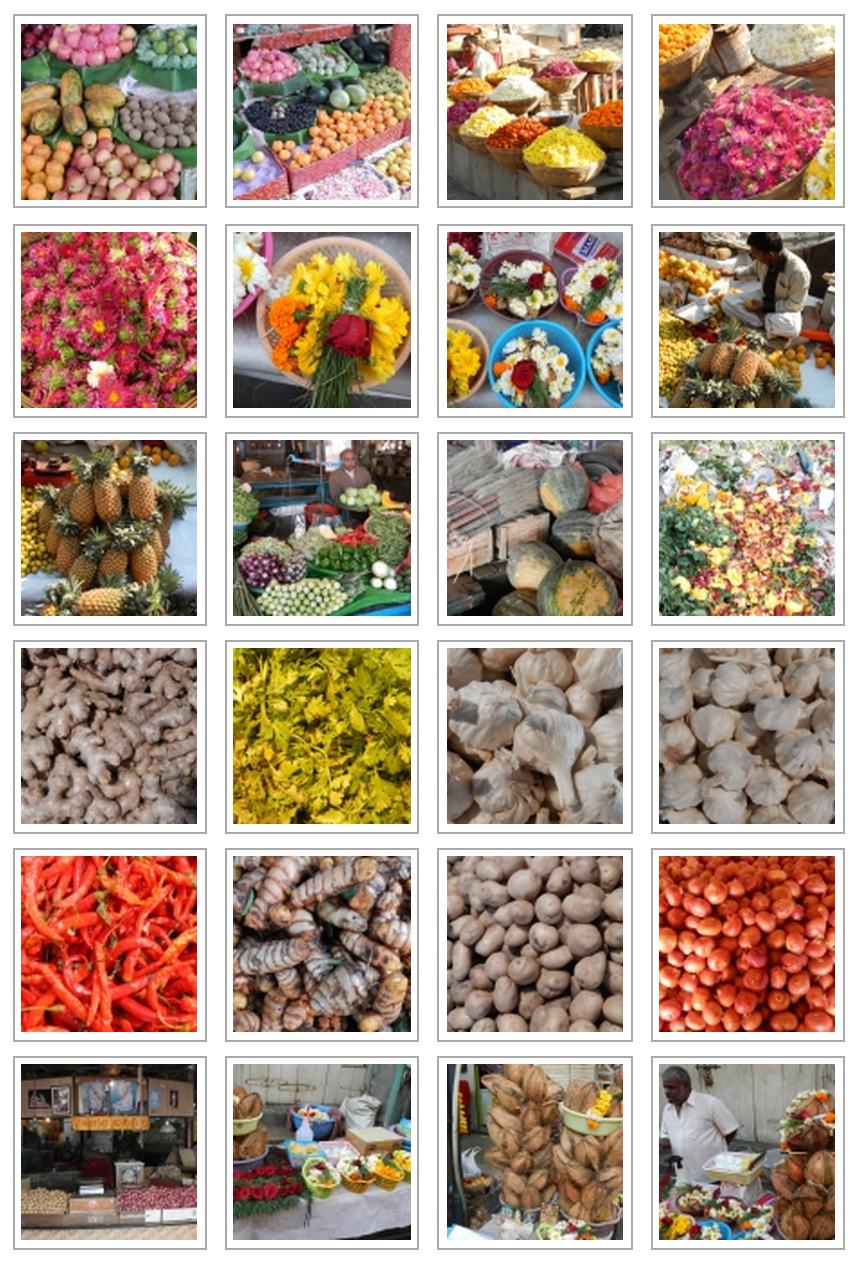