The Story of the Three Minute Egg ® 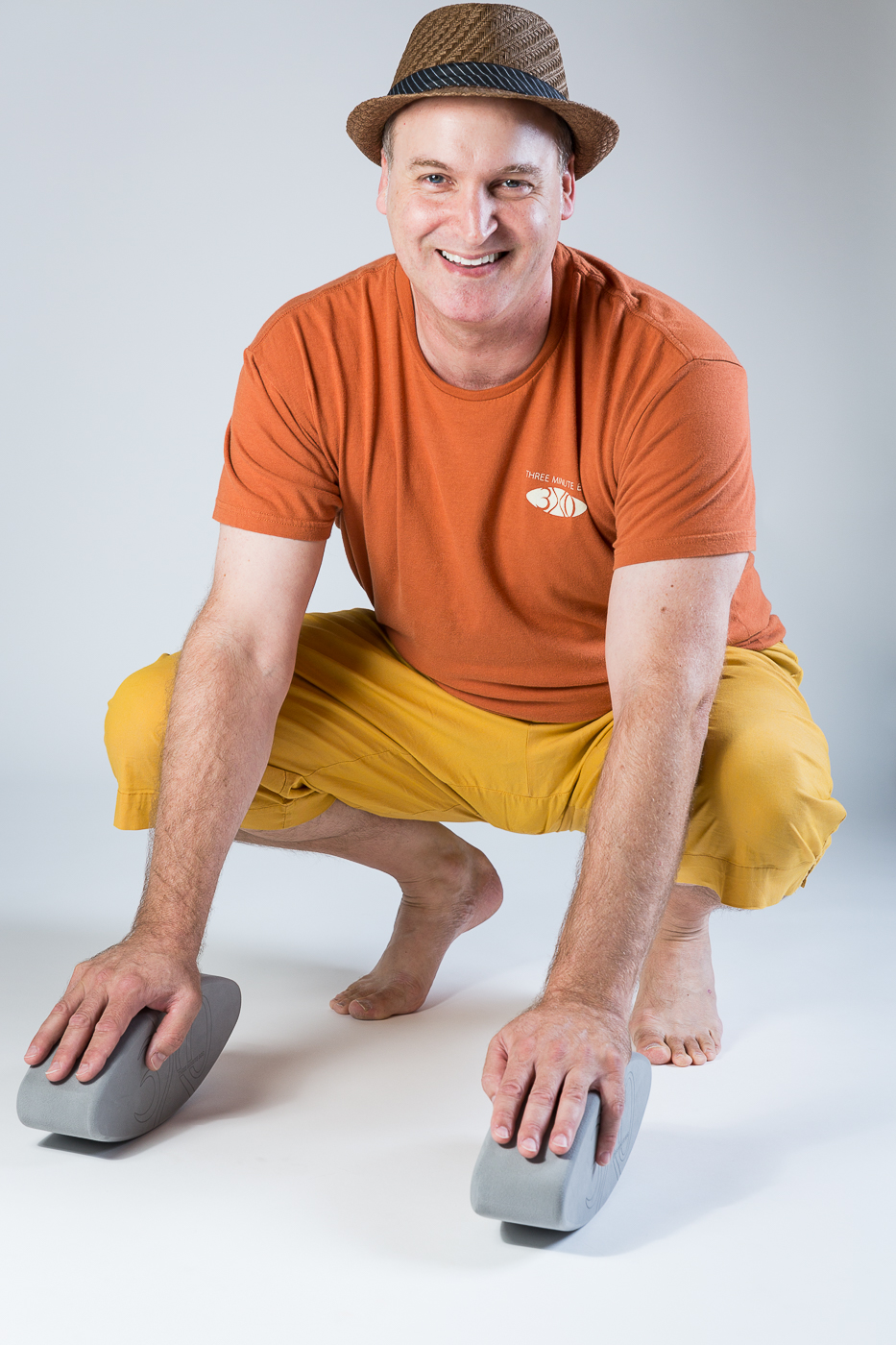 Had I known what was in store for me when I set about marketing an international fitness product, I might never have started. Luckily for me, I had no idea!

I am a recovering cabinet & furniture maker, and before that, I was a recovering artist. In 2001 I started looking for ways to recover from back pain, and that's how I invented the Three Minute Egg ®. I made my first Egg because I had a need that could not be filled. I was looking for a particular way to stretch my back, and nothing I could find would do the trick. When I made my first Egg and laid down over it, I knew right away it was what I'd been searching for.

Throughout my life, I’ve endured a number of back injuries. When I was 9 years old, I fell off a jungle gym flat on my back. In high school, I was hurled into a windowsill by the school psycho, striking my lower back. And at 30 years of age, I took a header off my mountain bike and I haven't been the same, since.

None of this stopped me from pursuing a career as a craftsman — a field where heavy machinery was sometimes outweighed by even heavier finished products. At age 34, having been diagnosed by multiple experts as having the back of a 75-year-old man, I quit building furniture. I sold my shop, moved across the country, and dedicated myself to my spiritual evolution.

During these years of intense spiritual inquiry, I toyed with many possible new career paths: making movies, teaching guitar and playing professional poker. Having moved from the television and movie capital of the world (Los Angeles, CA) to the furniture capital of the world (western North Carolina), I wrote my first script and began a career in television and film. All the while, I would try anything to help my back. I’ve been to a multitude of chiropractors, acupuncturists, massage therapists, and vibrational healers. All of them helped me along the way, but the process and expense led me to want to heal myself.

One day, someone turned me onto the Heart Block, an attractive but not-so-user-friendly slab of wood, carved in the shape of a dinosaur bone. It could just as easily have been designed as a torture device. However, the moment I laid down on it, my back popped in half a dozen places. When I stood up, I felt great! After driving across town every day for a week to lay down on this thing, it soon became obvious I should just make myself one. And so back into the wood shop I went.

Due to the economics of wood, grain direction, and milling biases, I was compelled to make two of them. The shapes left over were really cool looking, and since I was in the mood to experiment, I began carving them into the shapes they more or less wanted to be anyway. One of those shapes was ovular and thus was hatched the original Egg. The Eggs gave me exactly what I was looking for... times infinity. So I quickly abandoned the fossil, and made my move with the Egg. I used this Egg on a daily basis, and since I was out of a job and had been compassionately labeled “unmanageable” by a corporate headhunter, I decided to see if I could sell them.

A brief flurry of market research and consultations with health-professionals led me to believe that there was a market for the Eggs, but they needed to be softer. Since I was already familiar with traditional yoga blocks, making them out of foam seemed like an easy and obvious choice. Doing so cut down on weight, labor, dead trees, and potential damage to the spinous process. They would also be far easier to reproduce and less expensive for my customers. A friend's father sourced manufacturers for me while I took a crash-course in entrepreneurship, and 10 weeks later I emerged, the Eggman.

After six months of weekly tutelage from a North Carolina-based business development team, I’d written my first business plan! This was by no means my first business — I've been a pathological entrepreneur since doubling my money on a yo-yo in the 4th grade — but it was the first time I had a plan. Once I had a plan, a lot of things started falling into place. In the last 13 years I've moved from my garage, to self-storage units to an artsy/funky old factory building by the tracks, to a real, working honest to goodness warehouse that has loading docks and pallet racking and climate controled offices! This may not sound like a big deal to you, the reader, but if you've frozen yourself to bits in the middle of winter or melted under the summer sun under a hot tin roof, the luxury of finding legitimate warehousing is like manna from Krishna.

I am mostly self-financed, having fully leveraged my home in order to start two businesses (I also own a boutique production company called Reel Change Films, which makes all my videos), and I have also received generous funding from close friends, family and a loan from a local small business incubator supporting small businesses in Western North Carolina.

This business keeps me busy. I exhibit at yoga conferences and teach all over the world. I am humbled by how much people love these Yoga Eggs, and I’m grateful to everyone who has welcomed them into their practice. I'm proud to say that after years of overseas manufacturing, the Eggs are now 100% made in the USA and out of a patented biodegradable foam. We offer these Eco-friendly Yoga Eggs in multiple sizes and colors.

This has been by far the most challenging endeavor of my life — and I say that as the father of an 12-year-old girl! Perhaps by the time she’s in high school, my barometer for “challenging” will have shifted. I have my work cut out for me in an environment where traditions date back for millennia, where the gurus' word is sacred, and where rectangular yoga blocks have been status quo for years. I encourage people to “Think Outside the Blocks!” "Because your body's NOT SQUARE!" Thanks to the grassroots evangelism of numerous early-adapters, my Yoga Eggs are the number one alternative to traditional Yoga Blocks. There are even some studios whose only "blocks" are Eggs!

Yoga places a strong emphasis on openness and flexibility — both of which come with time. I feel fortunate that in a very short time, the Yoga community has embraced Three Minute Egg ®.

Thank you for sharing in the journey with me.